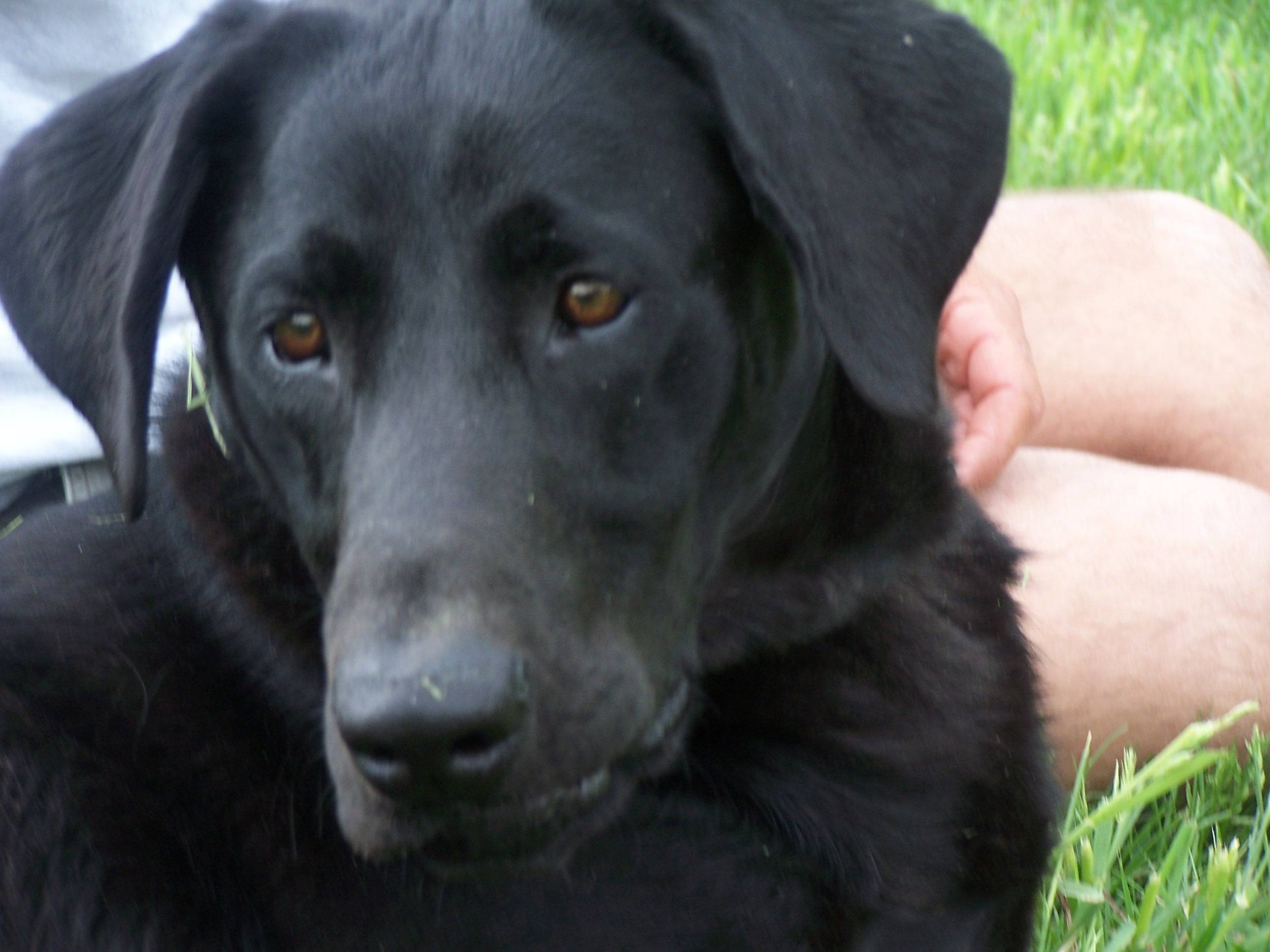 It was May 6, 2006 and we were sitting in a commuter parking lot.  We were not alone.  50 people of all ages anxiously awaited the transportation vehicles from a local adoption group called Labs4rescue.  The cars were running late and we were chopping at the bit to meet a dog named Blu.

Here’s a little of the history that got us there in the first place.

Katrina and a Dog named Blu…

We are pretty sure Blu is a Katrina dog. When found, although thin from hunger, Blu was in pretty good health.  The original rescue group speculated that he was separated from his family during the hurricane and its aftermath.

A lot of the rescue groups that took in pups after the storm were concentrating on reuniting pets with their families instead of their usual goal of finding a ‘forever home’ for them. After exhausting every means of trying to find his original people, he eventually made it to the folks at Labs4rescue more than 18 months later.

Al and I were finally ready to add a dog to our family. Although we each grew up with numerous critters (dogs, cats, horses, geese and even a cow!) we spent our first 10 years together without one.  There were several reasons why we waited so long, but that’s another story.

I grew up with German Shepard’s and Hounds, Al had labs, and Spaniels.  We decided we would start with a lab and began the search for a reputable breeder.

Then, in late February, we went to a home show in Hartford.  As we chatted with one of the vendors the conversation turned to dogs.  I don’t recall how that happened, but when he heard we were looking into breeders, he made a suggestion that would ultimately change our lives.  He told us about Labs4rescue.

Immediately on our arrival home, we looked into them.  Our first surprise was that the rescue group was almost in our backyard, just one town away! A relatively small group at the time, our second surprise was how many pups they moved from the south every month.  Filled with loving and dedicated volunteers, we knew we wanted to help support them and their work. We were getting a rescue dog! Colchester, CT. Never been there before, haven’t been there since. A town I will always remember.  The transport finally arrives.  I’m not sure what we expected, but a caravan of vehicles rolls in.  Vans and station wagons filled travel crates, each with a gorgeous lab inside.

We wait for our name to be called, our anticipation high. The parking lot was already filling with the sound of laughter and there were wagging tails everywhere you looked.

It was amazing.  Simply amazing… and wonderful… did I say amazing?

Al sat and chatted with Blu.  I took pictures of Blu.  We walked Blu around the parking lot. We chatted some more.  And then we started our journey home. Isn’t he handsome? Al looks concerned in this picture, but we are thrilled to have Blu home with us. Even though we are surrounded by a lot of property we keep him on a leash for the entire day.  We took no chances! We soon discover it was unnecessary because Blu is also our first “velcro” dog, never straying far from my side unless Al was around. We spent the remainder of the afternoon outside, playing and relaxing. Finally the long day catched up with everyone and after a quick nap outside we took it indoors.

Our first day with our first rescue dog was pretty darn special. … and I’ll never forget our first night either.  Have you ever heard a labby snore? It’s the best sound in the world. Yes, we are truly blessed.

Big Shrimpy – The Last Dog Bed You Will Ever Buy

Healthy Dog Treats: Picking the Best Chews for Your Puppy

Previous Post Puppy Tales: Katrina and A Dog Named Blu Next Post Natural Dog Food Diet: What Does that Mean?