Love Our Rescue Dogs Has a New Photo!

By Cheryl Campbell | Other Facts & Tips 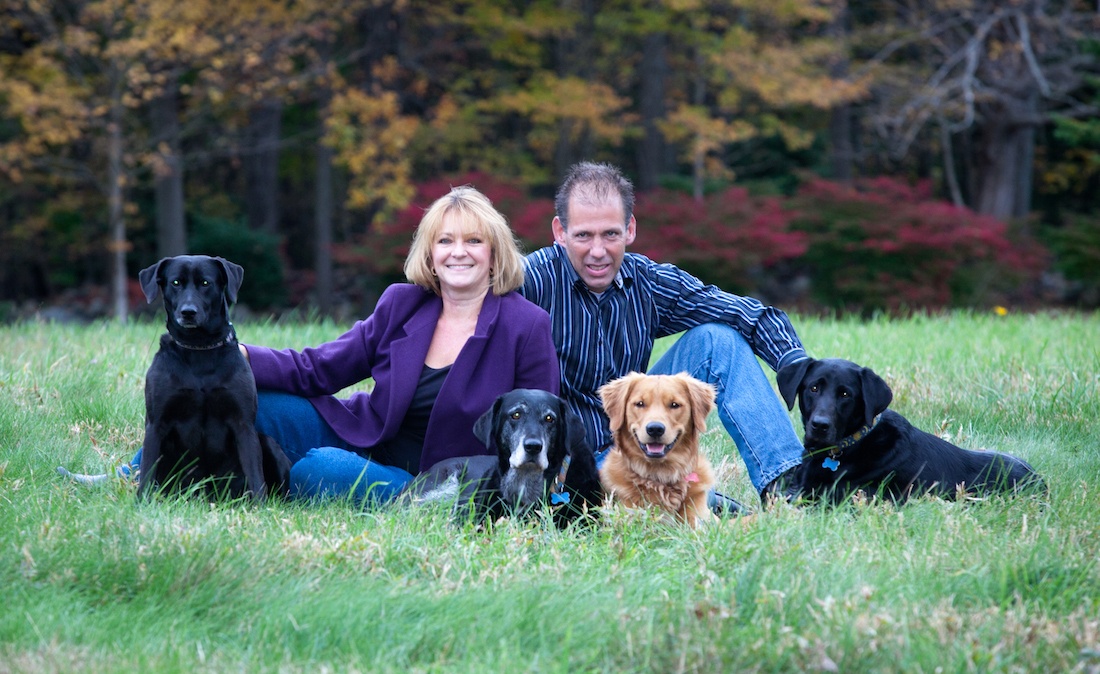 Love Our Rescue Dogs Has a New Photo!!

We had a really fun photo shoot the other day when we tried to get the perfect shot to use for our website and holiday cards. We were rained out 3 separate times before and didn’t know what to expect since the sky was dark and gloomy.

Have you ever tried to get four dogs and two humans to sit still long enough to get a good photo?

For the first half of the session we concentrated on getting Blu, Milly, Peach and Andy to sit still and by our side long enough to take a decent shot.

Of course they did not want to sit still and when they finally did, they refused to look toward the camera.  They stared at us instead. Believe me when I say it was comical how Joseph, our photographer made gestures and sounds I have never seen or heard before just to grab their attention!

Finally we had some decent shots to work with for the official website picture, but we weren’t done yet.  Ian, our 19 year old, wanted nothing to do with the web shot.  he did however agree to be in the Christmas Card picture.

The pups had enough of posing so Joe decided a decent shot of the three of us would be “Copied and Pasted” into the Christmas shot. Of course now that we didn’t want the dogs in the shot they were all over us and refused to leave our side!

We laughed a lot during the hour of filming, luck was definitely on our side! Joe got some great shots and the first drops of rain didn’t begin to fall until he was waiving goodbye. Hope you enjoy the photos as much as we enjoyed taking them!

Annual Cost of Having A Pet